To start with, a tech stack is a collection of technologies used to create a single working web application. It is a collection of programming languages, frameworks, libraries, patterns, user interface/user experience (UI/UX) solutions, and frontend and backend tools connected via APIs.

A secret tech stack underpins fast and scalable websites. But how can you decide which tech stack is ideal for your web development project?

We’ll show you how to choose the ideal tech stack for your next software project in this blog.

Linux, Apache, MySQL, and PHP are all components of the LAMP stack. For more than ten years, the LAMP tech stack has been traditional and trustworthy, and it is one of the best ways to provide online applications. 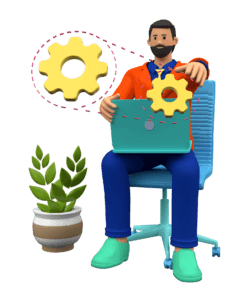 The LAMP stack was also one of the first open-source software stacks to be widely used worldwide. As a result, it is famous for designing new apps due to their simplicity and stability.

Another advantage of the LAMP stack is that it can easily manage dynamic pages with constantly changing content.

Platforms like WordPress and Shopify also use the LAMP stack. Because this stack can only run on Linux, you can easily tweak its components.

It is a popular cross-platform, open-source framework for web application backend development. With the help of ASP.NET development services, you may create mobile, desktop, online, gaming, and IoT applications using a variety of libraries, editors, and languages.

The Common Language Interface (CLI) is supported by. NET. It does, however, follow best practices while developing an application using the manner you chose. You can join the thousands of developers already contributing to the.NET platform due to its tremendous popularity and open-source nature.

In 2022, Vue.js will be the most prevalent frontend technology stack. Vue.js is a JavaScript framework for creating user interfaces and single-page apps. It’s free to download and use, following the Model-View-ViewModel (MVVM) architectural pattern.

Vue is a cross between heavier technologies like React and Angular. If you want to move an existing app without rewriting the code, VueJS development is the way to go.

Even though Vue is compact and easy, with the added benefit of extensive HTML capabilities, many other factors influence what Vue.js is and how it should be used.

One of the most widely used open-source programming languages is Node.js. On Chrome V8, it provides JavaScript runtime settings, allowing you to create quick and scalable web applications. In addition, it introduces a slew of new concepts and approaches for developing server-side JavaScript.

According to research, in 2020, Node.js will be the most widely used programming language in the development industry. This statistic demonstrates how important Node.js is for developers.

Node.js uses a “Single-threaded event loop” and operates on the Google V8 JavaScript engine. That is why Node.js is used by many large firms such as eBay, LinkedIn, and AliExpress for backend programming languages.

Ruby is a backend general-purpose programming language, which means it can be used to create a wide range of programs. You may be familiar with Ruby on Rails, one of the most well-known web development frameworks that have helped firms like Twitter, Airbnb, Dribble, and Hulu grow into household brands.

Because Ruby comes with an open-source library, it’s a popular choice among businesses because it’s a highly versatile language that allows developers to create software quickly. In addition, some may consider Ruby to be one of the most time-efficient programming languages available, especially when combined with Rails. Thus, startups frequently choose Ruby when they need to build and scale their product swiftly.

So, did you find our top tech stacks worthy of your attention?

As previously said, selecting the appropriate web stack is difficult and time-consuming. Keep in mind your project’s requirements, business goals, and how the stack can assist you in achieving them—and making the wrong option might find you in hot water and cost you a lot of money. Now is the time to make your decision!